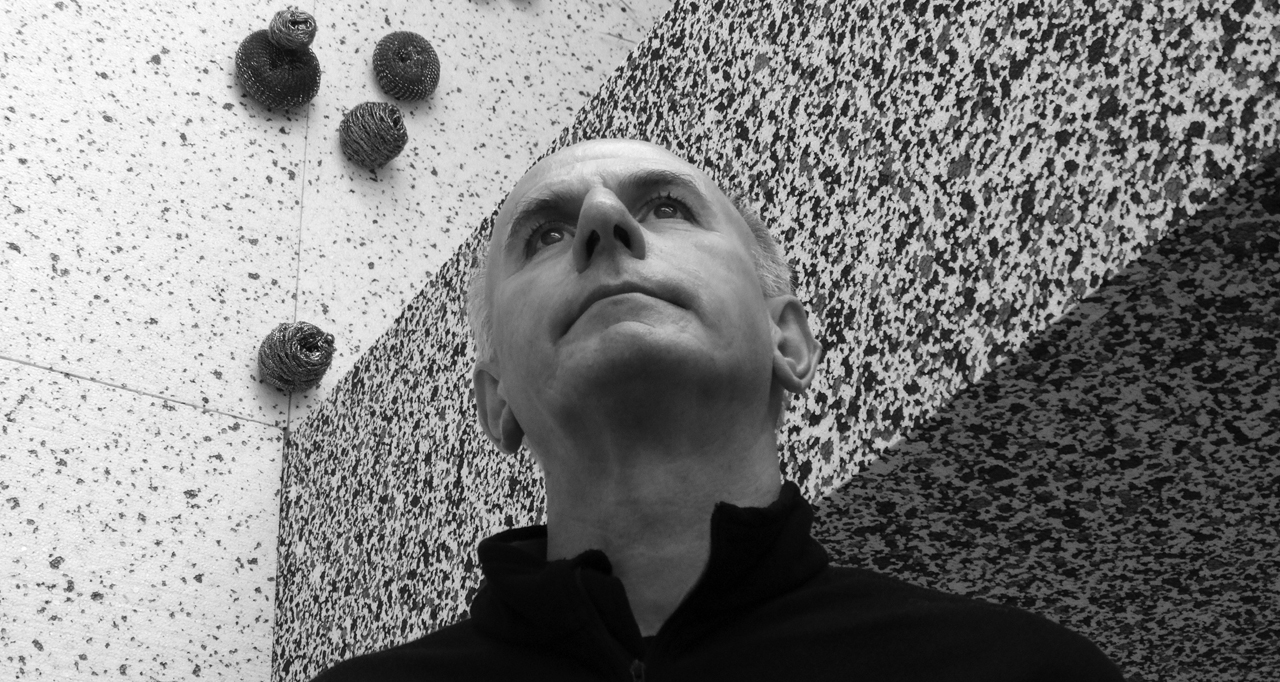 Brief about: I have always been interested in how the physical world comes to be; how it originates and what is its relationship to consciousness. In pursuing this research I have explored many historic, lost and forgotten theories of science and natural philosophy; especially so in astrophysics. My extended artworks use common everyday materials and the art objects are assembled with a view to mechanics and engineering. This pragmatic approach counters what could otherwise stray into the metaphysical, given the concepts that I engage with.

With the movies, they act like a digital sketchbook. Often just a few minutes in length they elaborate on phenomena that are observed in the outside world. As such they act as source material for my other art projects and installations

I studied Fine Art at Reading University for B.A. Degree in 1976 and MFA in Sculpture at the Royal College of Art in 1980. Since leaving college I have worked in studios based in the London districts of Waterloo, Greenwich and, most recently, Art in Perpetuity in Deptford. I have exhibited extensively in the U.K., U.S. and Europe and engaged in curatorial practice both through exhibition exchanges and through my Cipango and Ottica TV project.

Long about: I have been making art since as long as I can remember; it has always been a great friend. But more than that, it has also been an essential tool for finding out about the world, how it works and how it is that this reality that we are in can possibly find parallels in our perceptions and conscious thought.

So a curiosity has developed over the years that I have become interested in how the physical world comes to be here, how it originates, how it maintains itself and how it progresses in its relationship to consciousness. Specifically, I have been interested in experimenting with the perception of surfaces as a gateway into this domain. During my student years in sculpture the intention was to assemble works from completely imagined materials. These were generated through processes that alluded to substantiation through the optical presence of surface. In effect, a synthetic compounded through the inversion of their primary and secondary qualities. Form did not necessarily follow function but could usurp attempts at structural analysis through (for instance) the metaphorical environment of dreams.

Today, it is fair to say that the operation of this functional inversion has been translated into an attraction for concepts that are contrarian, non-conformist or against the mainstream. Over the years I have gained a great deal from researching alternative, lost or unfashionable theories of natural philosophy; especially in the realm of astronomy. This has proved a fascinating journey and a revelation in terms of the imaginative possibilities it opens up. The series of artworks associated with this thread come within the remit of 'Cosmological Conceits', the humor of which attempts to describe the cosmic and sublime in terms of assemblages of the commonplace.

I am fascinated by this novel perception of the everyday. The world is a very strange place to be, the realisation of which can strike at the unlikeliest of moments. It is only by the application of tenuous mythologies that this perception of reality is kept in place. My experience is that these meta-narratives undergo inversion with alarming regularity. I hope to interest my audiences in accompanying me on this journey; a dérive through strange and unfamiliar conceptual and perceptual landscapes.

And how would these topographies operate? According to the theory of Julian Jaynes* the mind operates by the hallucinogenic transfer of temporal lobe metaphorical traffic. This both generates and evolves consciousness in an historic movement away from bicameral modes of thought. This is the evolutionary experiment that humankind is currently engaged in. I see my artistic practice as a contribution to and a contextual participation within this adventure. My practice could be seen to be acting both as a monitoring of this traffic and as a synthesis of new metaphorical and narrative content.

As I wrote at the outset, underlying these events are the processes of Life and its meaning within a greater physical environment. My researches are currently pointing towards the agency of photons (light) and how they 'stack spin'** into the substantiation and morphologies of the physical world. In turn, this informs us 'what it is that we are' and what determines the nature of the universe that we inhabit. This can be loosely described as 'Charge Field Theory' and has been interpreted creatively in many ways throughout history. In the novel by Arthur Machen it is 'The Great God Pan' (1894), von Reichenbach's 'Odic Incandescence' (1788-1869), Bergen's 'Elan Vital' (1907) and Reich's 'Orgone' (1897-1957). I follow these researches, not in any mystical sense (and certainly not to position a moral imperative!) but as an attempt to more fully understand descriptively these phenomena and pragmatically how they could be applied.

Regarding my artworks on astronomy; I am researching how the comprehension and optical presence of the night sky has been (and can be) alluded to. In essence these works function as star maps. However, these are maps that navigate the conceptual landscape of contemporary cosmology. In particular, those skyscapes marked as 'terra incognita' or even 'terra prohibetur'. Informing and inspiring these are (for instance) the forgotten physics of Walter Ritz' Light Ballistic Theory (1912), Miles Mathis' 'Un-Unified Field', the pluralities of Pierre Borel (1657), the plasma morphologies of the Electric Universe and the biological interpretations of Sir Fred Hoyle's Panspermia theory. Currently I am reading the history of the theory of the inhabitable Sun. Prevalent from the time of Herschel to the early 20th century with the writings of George Woodward Warder (1848-1947). Please see my Cipango website for more on these theories.

Sometimes these researches engage in a conversation with that pragmatic world in the form of Discursive projects and websites. My identity as an artist is temporarily metamorphosed into that of an astronomer, an archaeologist, a medical practitioner, musician, etc. so as to better understand those dialogues. Understandings from these processes feed back into the generality of my art practice and inform a continually evolving narrative.

"When one is free to do anything, how is it that we decide what to do?"

*Julian Jaynes : 'The origin of consciousness in the breakdown of the bicameral mind'

** Particles engaging in multiple spin axes through locating the spin center on the exterior of the particle. Photons then acquire physicality through the simple expansion of their cross-section and slowing relative to the velocity of light. (H/T to Miles Mathis).