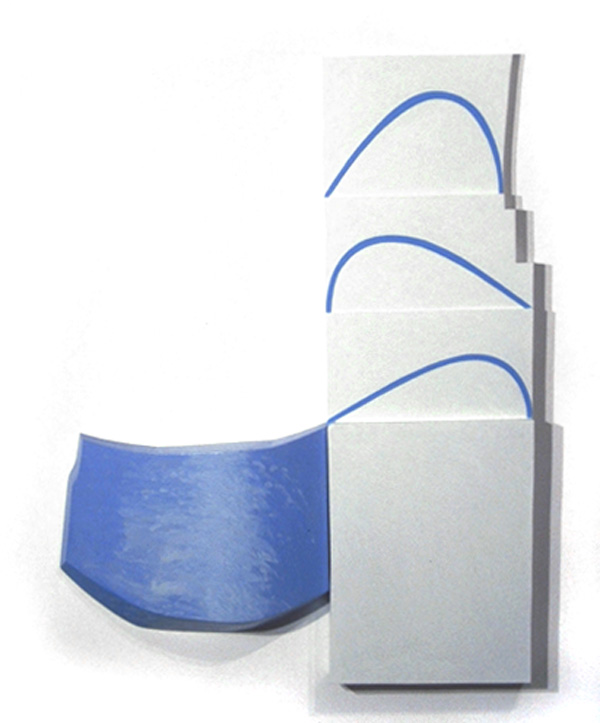 The work is composed of two boxes. The one on the right is divided into three ledges that support three painted waves. The four wave is expressed as the added box on the left that is curved out into the viewers space and is finger painted in blue and white by the artist.

Three distant atmospheric waves complemented by a constructed one - so near it can be touched.